Enjoy and don’t forget my to check out my deviantART: Clif’s Art Studio deviantART 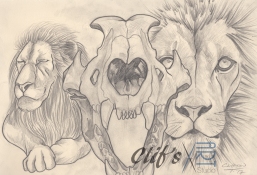 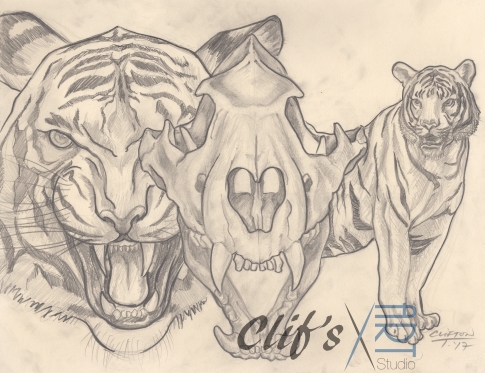 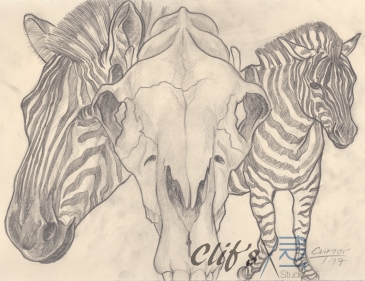 Pointillism, or better known as stippling. An art form made entirely of dots. The idea came after starting the Transformers and Wolverine pieces that I’ve done. My mind was in the moment of seeking more of this style. My first choice was to do DC Comics‘ Blue Beetle. I started to get comfortable using colored pens in the Transformers piece, and I wanted to do more. I had never drawn Blue Beetle before, but I’ve always thought he was a pretty cool characters in Teen Titans. So when I started the piece, I have 3 shades of blue Staedtler pens. Being so used to just using 1 colored pen was hard enough, but using 3 different blues is another story. Especially when trying to display different tones of the armor. Long story short, once I’ve finished Blue Beetle, I went on to doing the key characters of the Teen Titans, at least the ones shown in the DC Comics‘ animated films.

So the idea came to me when I see linoleum blocks in my stack of art supplies. I loved printmaking back in college, and it was just one of those art forms that not too many people do that much anymore. I had like these small 2in x 3in. blocks in my stack, and I wanted to come up with something to print with them. At the time, I believe I only had 3 of the same size blocks (I have various sizes). My first thought was to the Teenage Mutant Ninja Turtles, cause they’re my favorite, but I only had 3. When I thought of Powerpuff Girls, I think the idea of having a background spray painted based on the given color would give them a cool effect. The stencil idea was a way cooler idea. I chose the 3 most recognizable villains in the 1st generation series, Mojo Jojo, Fuzzy Lumpkins, and the favorite, Him! As you can see below, I experimented with different effects, spray painting the stencil first, spray the background first stencil after, and add some splatter marks. This is the first time I’ve ever done this kind of mix before. I had a blast with it, and I plan on doing another like this. 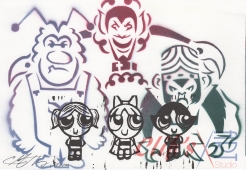 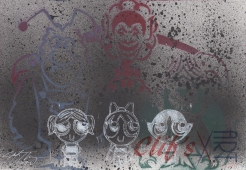 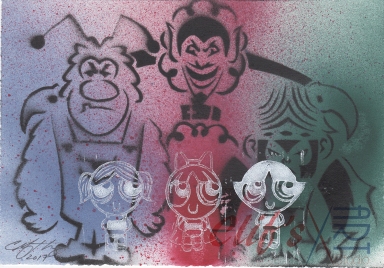 This is the process of how I did this piece based the Avengers: Infinity War film. At first, I didn’t expect to put this many characters. The layout changed, probably three times, before I finalized it to look this way. I wanted the Infinity Gaunlet in the middle at first, but for some reason, the compostion of having that in the middle just didn’t work for me. So, I ended up adding just a bunch of the characters that really stood out through the entire Avengers’ franchise films, that were appealing to me, of course. (Not saying that anyone else’s opinion is incorrect), but these are, who I felt, were very important through the 10 years of Marvel films. 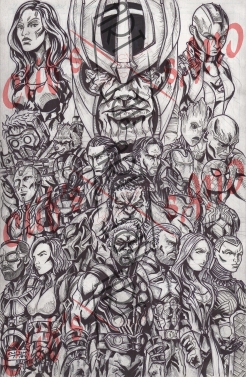 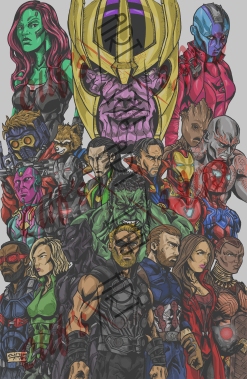 After the first season of The Flash had finished, I was hooked on the series. The cast, the story, and the character are amazing! I became a huge fan The Flash, it was hard, then, to wait for the next season to be released. AND, til this day, it’s hard to wait,  I just keep counting the days of when we get to see the speedster get back on The CW channel. My favorite villain of the entire series would probably be The REVERSE Flash. Just because he introduced Barry Allen that time travel was part of the ability. You can’t beat the idea of time travel, just saying. 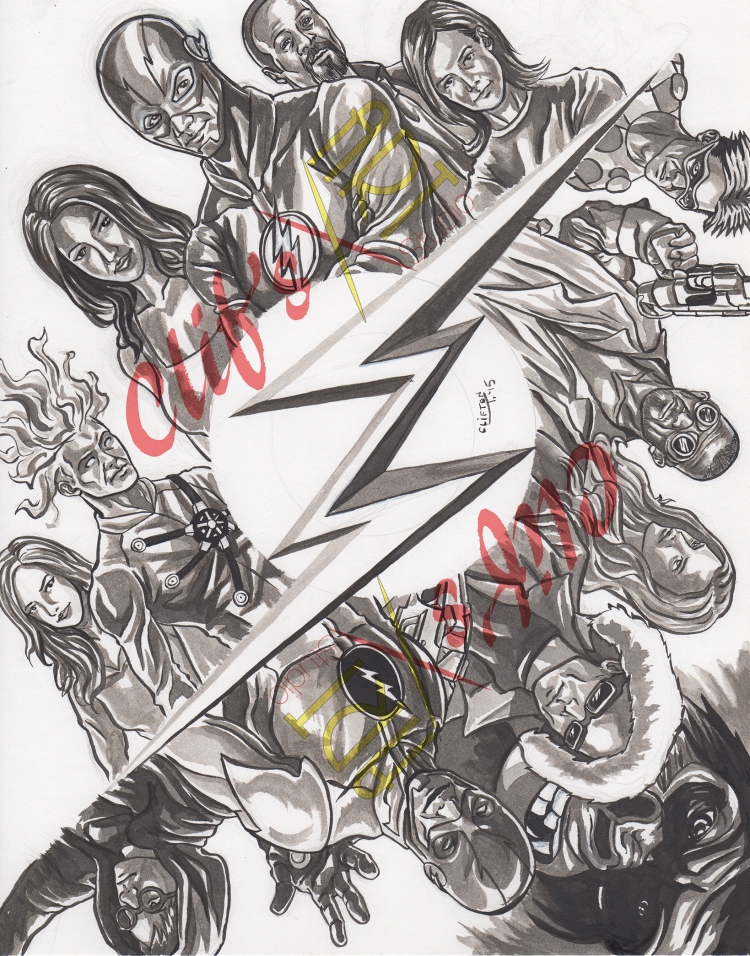 These two pieces were influenced after my cousin and I had attended our first ever WWE Wrestlemania, held in the Levi’s Stadium in Santa Clara, CA in 2015 WWE Wrestlemania 31. It was the first time we had ever seen D-X and nWo LIVE together on the grandest stage of them all! Growing up, my cousin was more of The Undertaker and Triple H fan and I was more of a Sting (the pro wrestler, not singer) fan. And, it was such a cool experience to get to see these two legendary factions be a part of our first WWE Wrestlemania ever! Which led me to make these two artworks using inkwash. 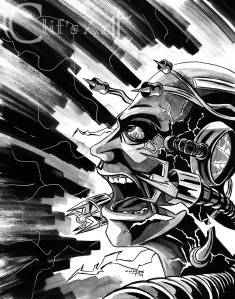